Our Lady's Abingdon - Our History 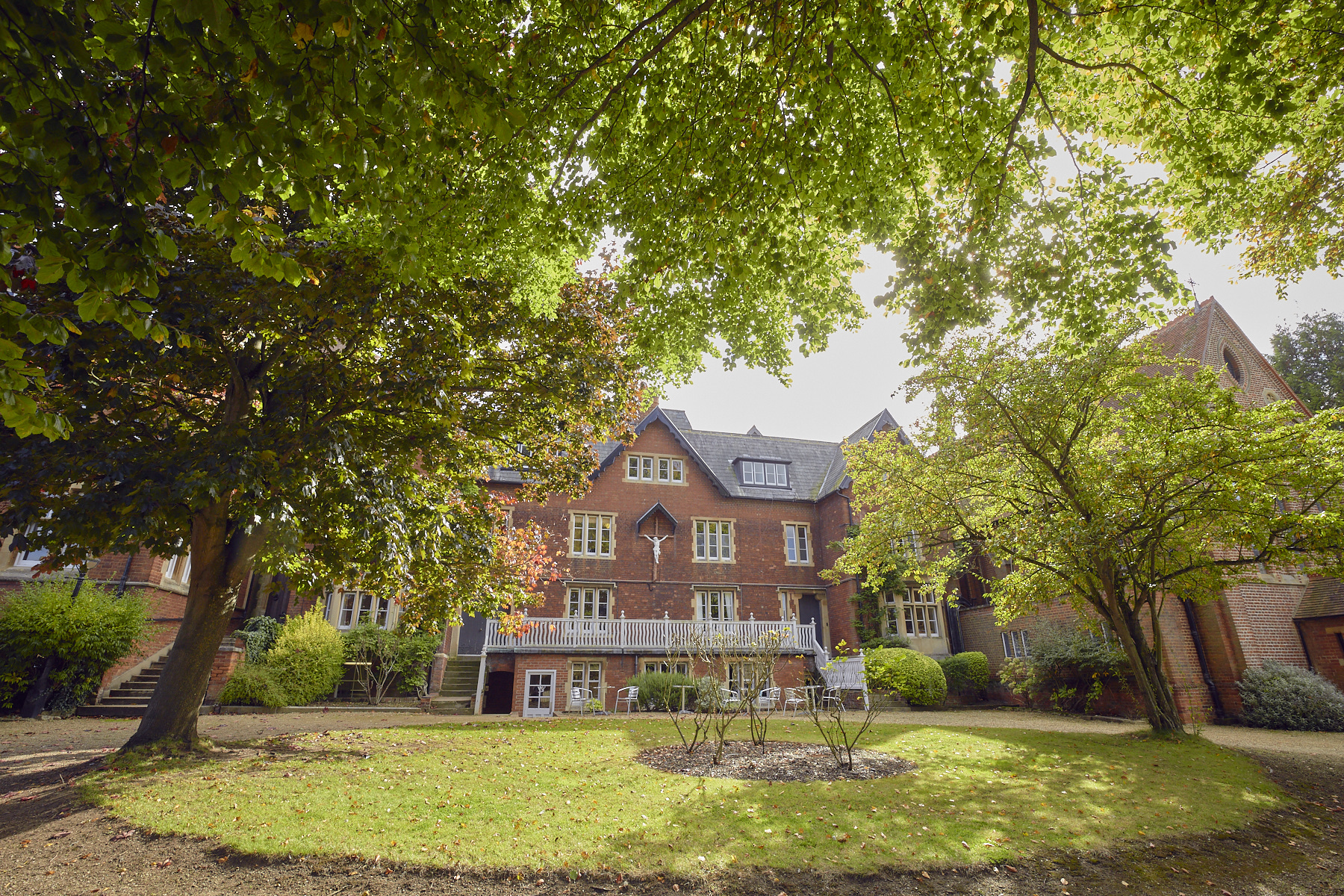 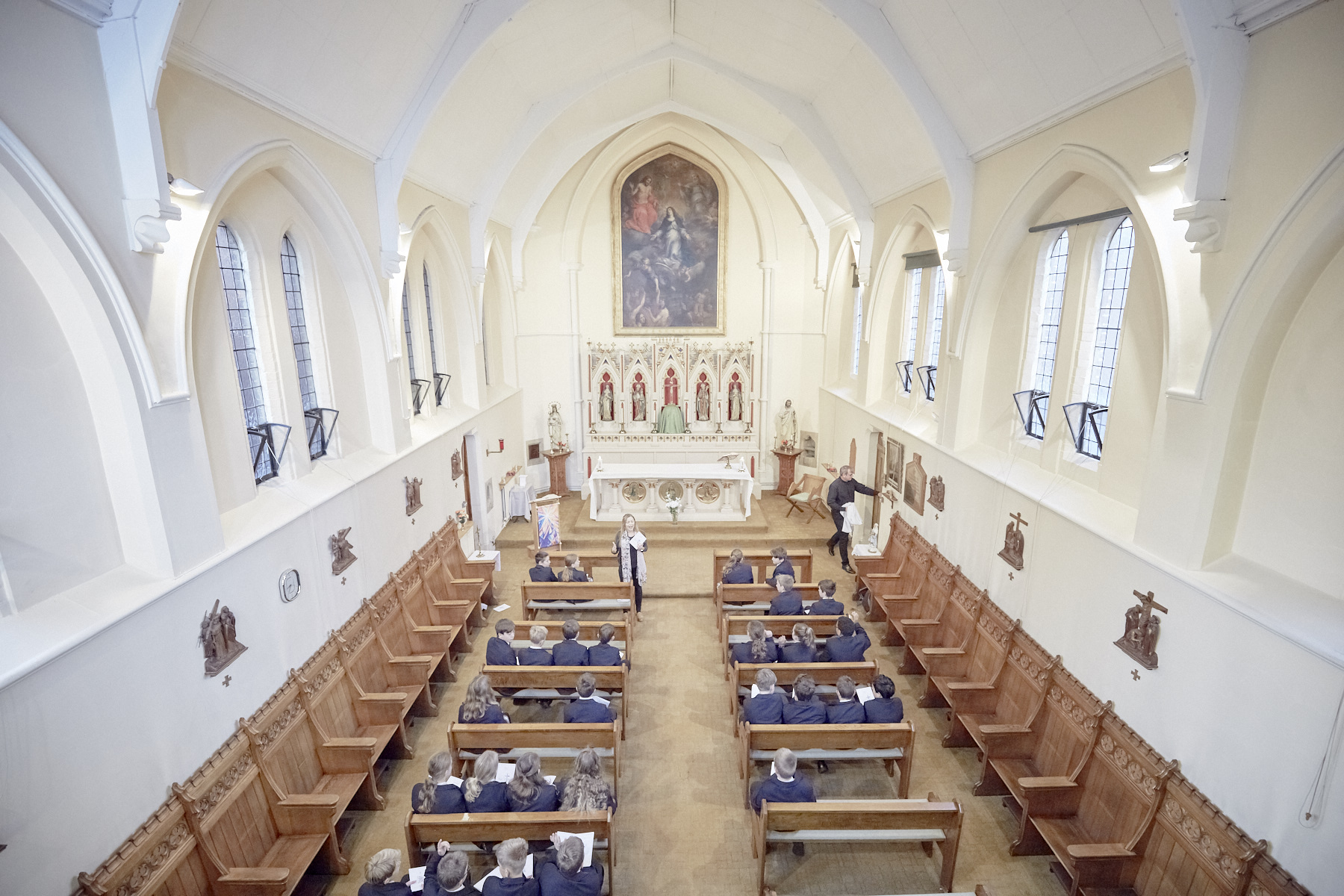 Our Lady’s Convent School (the former name for OLA) was founded in 1860 by the Sisters of Mercy, a religious order which begun in Dublin in the early nineteenth century led by Catherine McAuley. This was the same year that Abraham Lincoln was nominated as President of the USA, British and French troops captured Beijing in the 2nd Opium War, the first British tramway was inaugurated at Birkenhead, Gladstone began using a red box to deliver the government’s budget to the House of Commons and Florence Nightingale founded the Nightingale School and Home for Nurses in London, the first secular institution in the world to train nurses.

Until recent times the Sisters resident in Abingdon, played a major role in the life of the school, helping to strengthen the ethos of integrity and warmth that are two of its special characteristics. Governance of the school is now devolved to a body of lay trustees and there has been a lay head for many years.

The story of the founding Sisters of the School, however, starts much earlier, on Michaelmas Day 1778 with the birth of Catherine McAuley in Dublin. 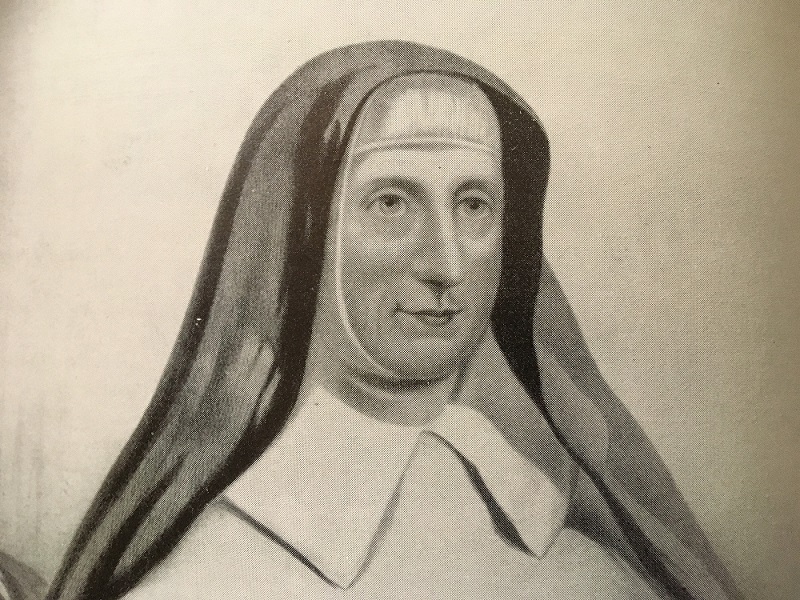 Catherine’s father and mother both died when she was young, leaving her to be brought up by the Callaghans, a wealthy and childless couple, just returned from India. Catherine loved her new home at Coolock near Dublin.

When Catherine saw the poor in Coolock she often remembered her father’s great love for God and his concern for those in need. Secretly she hoped that one day she could work to educate pupils and give them the opportunity to learn how to care for their own families.

Mrs Callaghan, a devout Christian, encouraged Catherine in her material support of the poor at this time. In 1822, when Mr Callaghan died, he left his immense wealth and property to Catherine, knowing how much good she would do with it.

Catherine sold the property at Coolock and bought a site in Baggot Street, Dublin where she built a very large centre. This was opened on 24 September 1827 and was called ‘The Institute of Our Lady of Mercy’. The two main departments were a school and a residence where pupils received the basic training required for an entry to a career.

Catherine saw the need for her work to be perpetuated. To establish it on a permanent basis she was advised by the Archbishop of Dublin to become a religious sister. On 12 December 1831 Catherine and three companions vowed their lives to God and the service of others; they pledged themselves to do this through their work in education, in nursing the sick and caring for those in trouble and distress.

The next ten years of Catherine’s life story are a record of her journeys throughout Ireland and across the Irish Sea to England, founding Convents of Mercy where the work that was being done in Dublin could be extended to other places. By the time Catherine died in 1841 fourteen Convents had been opened; three of these were in England, at Bermondsey, Liverpool and Birmingham. Sisters of Mercy from these Convents went on to establish other Convents around the country.

The Founding of OLA

10 January 1860 – At the request of Dr O’Toole, parish priest in Abingdon, the Very Reverend Doctor Grant, Bishop of Southwark, arranged for Sister Mary Elizabeth Rigby and two other nuns from the Bermondsey Convent of Mercy to found a Convent in Abingdon at a cottage in Northcourt. Reverend Mother Clare Moore, who had recently returned from the Crimea where she worked with Florence Nightingale, accompanied them to establish the Convent and leave as Superior of the new Covent Mother Elizabeth.

August 1862 – Two villas, (the first portion of the Convent buildings on the current OLA site) were completed and the Sisters took possession.

1865 – Monica Smith (later known as Reverend Mother Aloysius) was the first pupil at the Our Lady’s convent Boarding School.

1867 – Sir George Bowyer gave the land around the villas to the Sisters to enable larger schools to be built in the future.

1875 – The building of the girls’ school commenced: class and music rooms, dining hall and dormitories.

March 1877 – the girls took possession of the new buildings.

30 October 1883 – The Sisters took possession of the villa, St John’s Road, as a Preparatory School for Boys. It was dedicated to St Joseph.

1884 – Plans were drawn up for the building of the school Chapel. 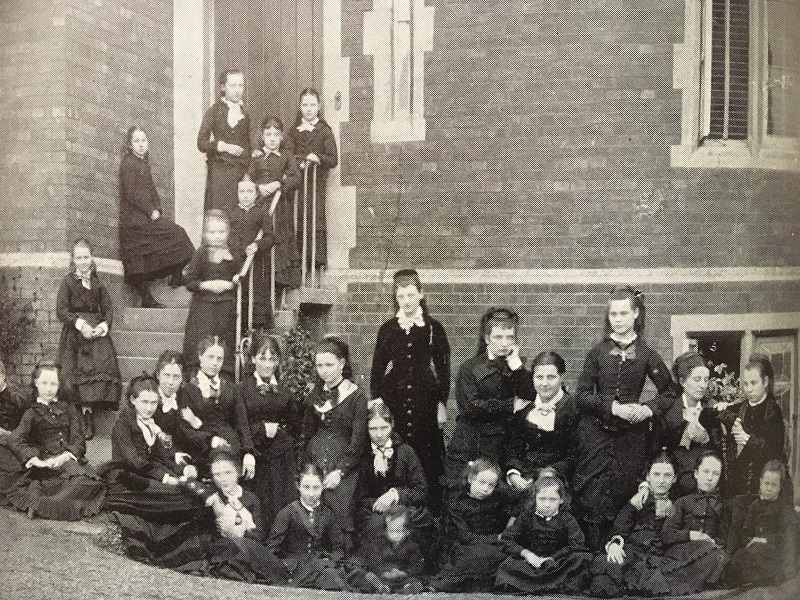 31 October 1884 – The Chapel was solemnly blessed and opened by Monsignor Canon Cahill, VG. The same day news came that the Chapel altar oil paintings of Our Lady of Ransom (by Verhovein 1658) and four other paintings of Abingdon Saints had arrived at London Docks. These were gifts of relatives of Reverend Dom Placid Conway, O.P, and came from the Dominican Priory, Louvain.

25 January 1886 – The four statues belonging to the altar arrived. They represent St Edmund of Abingdon, St Thomas of Canterbury, St Catherine of Siena and St Rose of Lima.

1892- The building of the new wing of the Convent and the boys’ school was commenced, housing the Sisters’ refectory, community room and cells and the boys’ dining room, classrooms, dormitories and hall.

June 1898 – The first Bazaar was held in the Convent grounds to assist the building fund. 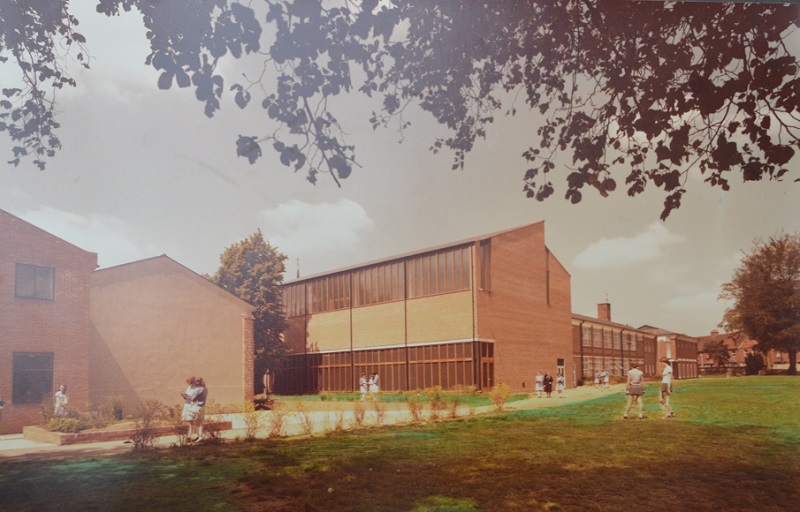 1901 – A gas engine was fitted and a pump installed to supply water to the Convent from the Convent well.

1907 – The porch and organ gallery were added to the Chapel.

1922 – Marble steps were put into the Sanctuary and the floors and Nave of the Chancel were laid. Electric light was installed.

10 May 1937 – Lady Abingdon laid the Foundation Stone of the new Sacristies.

1941 – Completion of the new air raid shelter to accommodate 150 people.

1946 – Building of the new dining hall and cloakrooms for day pupils.

1947 – Plans were drawn up by Messrs Goodhart Rendell and permission granted by the Ministry of Education for the building of a new Senior School. Five class rooms, laboratory, cloakrooms, staff rooms and a new assembly hall are built.

14 Feb 1951 – Our Lady’s Covent Schools received recognition by the Ministry.

1955 – The boys took possession of the new Junior School in the Trinity Term.

1964 – Completion of the extension to the Science Laboratory.

1971 – The boys’ Boarding School closes and is replaced by a day school for boys.

September 2007 – The School becomes a charitable company limited by guarantee and changes its name to Our Lady’s Abingdon School.

September 2009 – The School welcomes boys into the Senior School for the first time.